Let’s face it — getting stuff done can be mentally taxing. Even if you know you want to accomplish something (“I really need to open that investment account!”), it’s still sometimes weeks, or even months, before you actually get around to doing it. Why is that?

It could be a few things. There’s obviously the case where you’re just being lazy. I mean, honestly, it doesn’t take 8 hours (or even 5 minutes) to take out the trash. To quote the infamous swoosh-emblazoned: “Just do it!”

Break down your goals

But frequently that is not the case. And no — I don’t just want to let you off the hook for being lazy. A lot of times, when considering something we want to do, we bite off more than we can chew. And I can guarantee, at times, both you and I are guilty of doing just that. We make a goal — say, to “get fit” — and assume that, now, because we have this goal, that we’ll magically start going to the gym four times a week to make it happen. Wrong! It just doesn’t work like that.

To prevent that from happening, it’s important to keep goals small and attainable. You need to break down the goals into small, actionable chunks. Items that you can actually set out and achieve, say, today.

As Senia Maymin, PhD, coauthor of Profit from the Positive

, explains, it’s important to use incremental steps to reach important goals. As per Maymin’s own research:

What happened? Smaller subgoals led to faster completion and more accurate answers than one large goal. This has been demonstrated so often that researchers now take it for granted.

Let’s take the example of making dinner — a pizza, in this case. If you’re honest with yourself, that is a relatively large goal. It’s also way too vague. You can’t just start “making dinner”. Right now. It needs to be broken down.

Amy Hoy, founder of the highly-acclaimed 300×500 bootstrappers course, details this process in her lesson on “Doing it Backwards” (PDF). According to Amy, the proper way to develop a plan for a large project or goal, that she affectionately calls a “bassackwards plan”, is to do it backwards. Essentially, you take the big goal and break it down into the main steps required to achieve it.

We start out with our goal, “Dinner!”, at the end. We’ll work backwards from there. 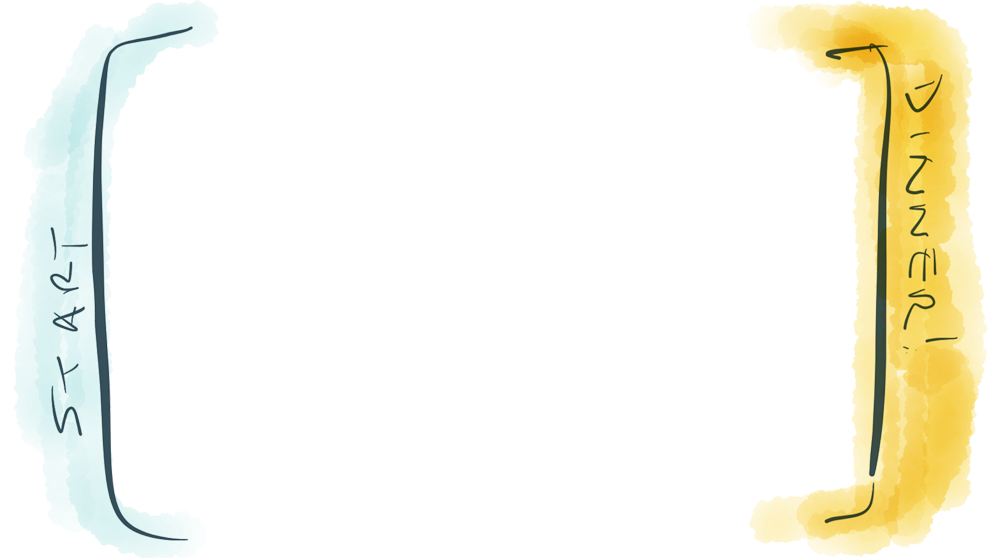 Let’s start by breaking down our task into two main pieces: a prepared pizza and a place to cook it (a hot oven). 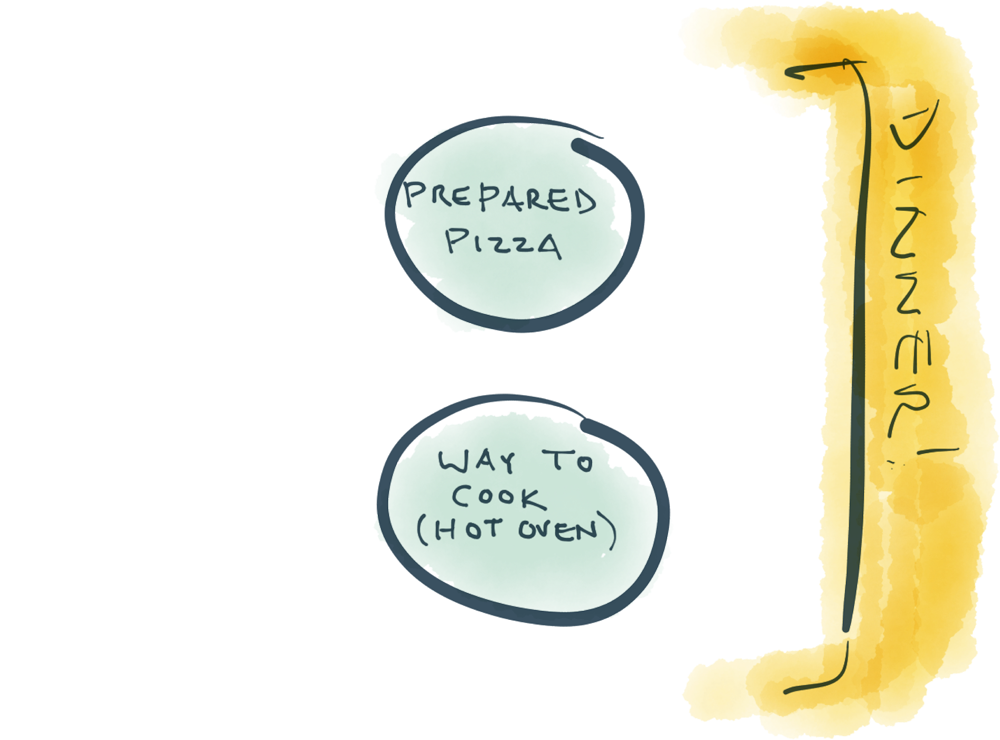 Well, (assuming you already have an oven), there’s only one thing we need to do: preheat the oven. And guess what? When asked, “Can we preheat the oven right now?” the answer is decidedly “Yes!”

Great. That means we can end that “branch” of our chart right then and there. 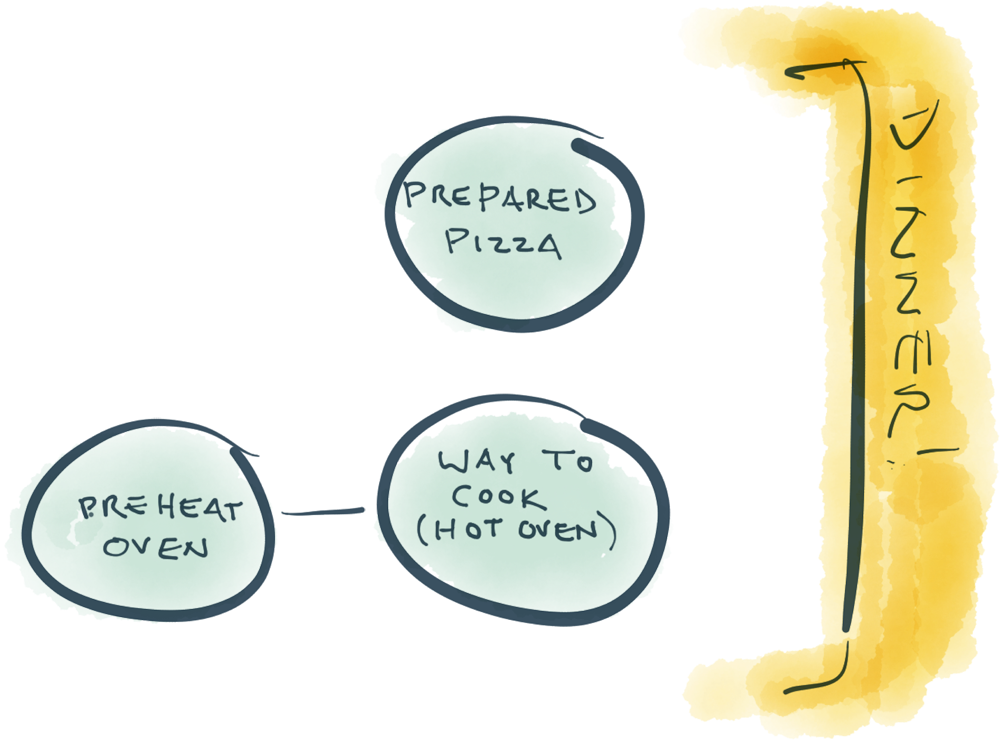 The other big ticket item we need to have is a prepared pizza. We obviously don’t have a fully prepared pizza right off the bat, so that also needs to be broken down further.

And if you continue breaking down each step, you might end up with a final “bassackwards plan” that looks something like this:

Notice that the end-points in the plan — “Go to store”, “Check food in house”, and “Preheat oven” — can all be done right now. They don’t need to be broken down any further. That’s the sign of a good backwards plan!

The more you practice, the more automatic it becomes

And the more you end up getting done. (Which, after all, is what we’re shooting for!)

If you take one thing away from this article, let it be the following. When you’re making a plan to achieve your goals, at every step, ask yourself: “Could I do this right now?” If so, you have a good, actionable goal. If not, break it down further.

As with nearly everything else, you’ll get better and better at this with practice. As you practice using this system again and again, it will develop into a habit, and become nearly automatic.

And as Scott Young mentions, remember to take small steps, one at a time: